The Screen Density is one of the Screen Properties in Dev Studio Alphatech Technology app builder which defines the density of the app’ screen.
There are several density buckets available for use in your apps. 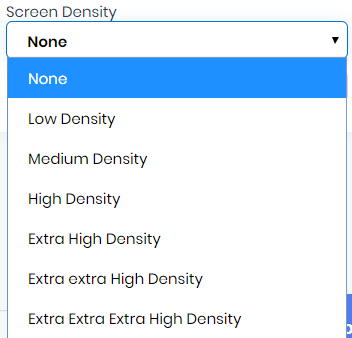 See below the Screen Density predefined in Alphatech Technology app builder and what screen types they apply to.

Get help or report a problem

Can’t find what you need?

Submit a ticket to seek help from our support specialists.

Browse through our collection of Knowledge Base articles.