Voice search embarrassment, at least 20% refuse to use voice search in public 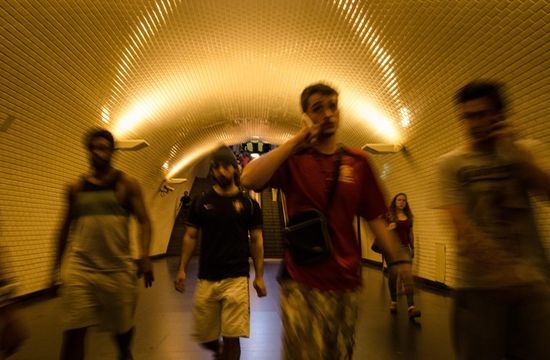 Voice search is a trending topic, often resurrected by the news released by the "Frightful five": Google, Apple, Facebook, Amazon and Microsoft. Each of these has designs to create the voice interface of the future: Google Ok, Siri, Cortana, Facebook M or Amazon Echo. And, let’s not forget Baidu’s Duer; according this year’s Meeker report, Baidu achieves the best word recognition accuracy levels.

It is refreshing to find pugnacious research companies that aren’t afraid to question and go against the current.

Creative Strategies had examined consumer behaviours and attitudes towards voice search in two separate studies: one focused on Alexa (sample of 1300 early adopters across the US and the UK) and another one focused on Siri, Cortana and Ok Google (500 mainstream consumers in US).

Finally, one last observation worth underlining: it pays to look at cultural attitudes toward in different populations. While in Asia it is common to find even now people covering their mouths while talking on the phone in public, in USA talking loudly (sometimes, exceedingly so) this is a common sight. Nevertheless, as seen from the numbers above, even in US voice search activates feelings of shame or social awkwardness; this shows that the explanation needs to be more complex.

Would cultural norms make way for voice search? What do you think?