Time is, of course, money; everyone is familiar with this meme. The latest incarnation of which is the new frontline of fast opening pages opened by Facebook in May 2015 with its announcement of Instant Articles. Facebook had good evidence that the average news article took its own sweet time loading: 8 to 10 seconds is a really long time to keep staring at an empty screen. On a smartphone it literally takes a finger twitch to give up and go somewhere else. This in turn means less chance to hook a mobile user with some revenue adducing ad. Thus, loading time is money.

Instant Articles was Facebook’s solution that is yet to prove conclusively that it works. Back in May, Facebook entered into a partnership with some weighty names in publishing such as New York Times, National Geographic, and the Atlantic. Did Facebook manage to raise up to its self-imposed challenge: to measurably improve content loading times on mobile devices? In short, it’s not clear. For instance, engadgeted.com states that Instant Article backers "just aren't getting as much money per post as they do for pieces posted on their own websites". 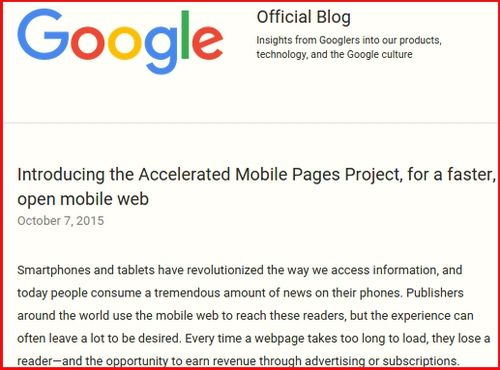 Be that as it may, others faced a similar problem; after all the ecological environment poses similar constraints. It took Google almost a half a year to openly engage: in October this year Google’s Official Blog announced the Accelerated Mobile Pages Project, or AMP Project for short. Same tropes surface up: long loading times, boredom, switching, ads inefficiency, etc. One of the crucial difference from the get go was declaring AMP to be a "open source initiative". Thus, we know how it is supposed to work.

And it does work. According to AMP Project documentation performance improvements measured through Speed Index ranged between 15% and 85%. Granted, there is a lot of variation but even the lowest improvement is measurable. But how does it work? The claim they sort of cheat; a confession we find disarmingly cute. Essentially, AMP documents are optimized to be pre-renderable, referrers of AMP document being able to initiate rendering of docs before the user acts - so that in many cases the document will be done rendering by the time the user clicks.

All of the above shows - without a trace of doubt - that the frontlines shifted decisively towards the mobile consumer. Now you have to ask yourself if you are shifting your frontlines accordingly. At Alphatech we can equip you with your own custom native app in under 2h flat! 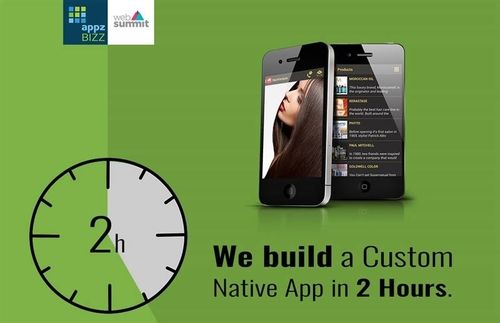