Ericsson ConsumerLab published a report in December 2015: 10 Hot Consumer Trends 2016. From the methodology section one can see that an unusual amount of effort went into this report: for example, just the online survey of smartphone users took place in 13 major cities across the world and comprised 6,649 urban iOS/Android smartphone users. The Ericsson ConsumerLab reports how consumers envision or want the future to look like. 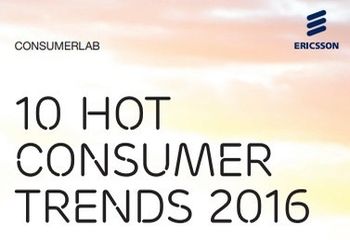 What the media chose to report

In December 2015 - when the report was published - this particular report generated quite a buzz, albeit for the wrong reasons. It is also a pity: out the ten sections of the published report, almost all the major publications and platforms chose to focus on the sensational sounding conclusions of Section 3 entitled AI ends the screen age. You can see in the screen capture below (left) what got the ball rolling: the alleged "prediction" that smartphones could be / will be dead, or disappear or be obsolete. Take your pick. At the very top of the list is a CNBC post, whose sole redeeming feature is the presence of some minimal caution, such as the usage of the words "could" and the judicious insertion of question marks. 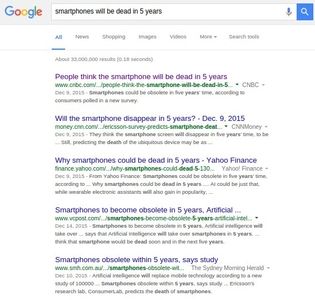 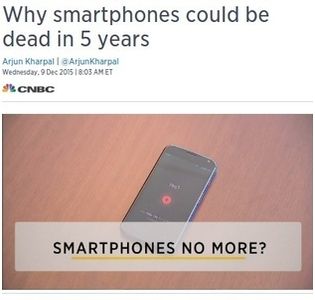 What the report actually says

For starters, the report is about much more than the alleged death of smartphones. We will not get into the whole report, but - for fairness sake - cannot but mention some of the more observations and conclusions that seemed representative of the report and interesting enough to us:

Now, it is in this context that the report talks about how consumers view the (currently) contradictory demands the public places on new technology. About 50% of smartphones users now thinks that smartphones will be a thing of the past, and that this will happen in just 5 years. 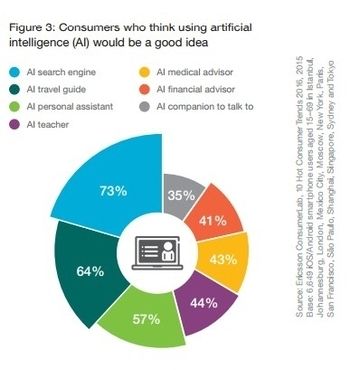 Why? Several things intersect to produce this "prediction".

Is the conclusion that smartphones could be dead in 5 years warranted?

Instead of the sensational conclusion that announces the early demise of smartphones, our guess would be to bet on the fact that people: a) don’t know what they want (as famously stated by Steve Jobs), or b) that there is not yet a tech to solve the demands.

Just consider the amount of video we are consuming today. According to the same report, video consumption is sharply rising, but only for the younger generation. One direct implication of this is that we need the screen more rather than less. Even though - to us - it looks doubtful that at the current rate of more than 300 hours of video content uploaded every minute can lead to proportional rise in video consumption. 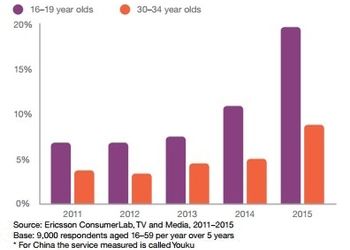 Unless we discover how to make safe and useable google glass equivalents, or radically new ways to create direct brain links, screens are here to stay. AI, wearables, voice interface and other solutions will help, but do not look like serious contenders to screens. And currently, the best and most versatile screen out there is the smartphone.

When that happens, we will be first to tell you apps are not needed any more. Until then, you may want to check our recent #OpportunityApp campaign: custom native apps for just $899!
Get one now!