Are Chatbots the Next Big Thing?

It is not the first time chatbots capture the public’s imagination. During the last couple of weeks “chatbots” trending again with multiple news outlets and media companies covering the topic. At first glance, chatbots could be relegated to the domain of fanciful-things-soon-to-be forgotten, but there actually a serious debate behind the scene and a not too gentle power struggle among the major players on the IT scene with regards to chatbots. What are chatbots and why are they important? 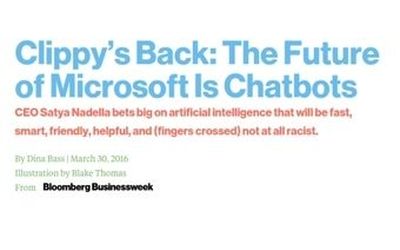 Let’s start from the beginning and define some terms. Chatbots are pieces of software designed to interact conversationally with humans - the most natural way we do interact in our daily lives. Either for practical purposes or simply to be entertained, chatbots aim to move us towards "conversation as a platform". This is actually how Microsofts CEO Nadella put it in a recent Bloomberg post by Dina Bass, adding that this technological development is simply inevitable.

Loebner prize - searching for the most human-like chatbot there

Since Joseph Weizenbaum created ELIZA at the MIT Artificial Intelligence Laboratory in the mid-'60s, many more chatbots were spawned. In 1990 Hugh Loebner in conjunction with the Cambridge Center for Behavioral Studies organized a standardized Turing Test for chatbots. The Loebner Prize is an annual competition the most human-like chatbot; human judges simultaneously holds textual conversations with a computer program and a human being via computer. Based upon the responses, the judge must decide which is which. 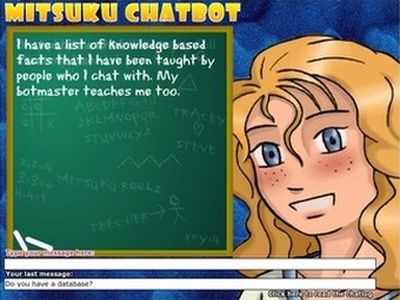 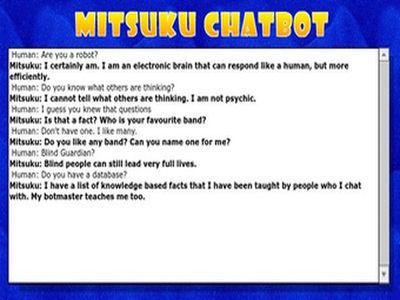 In 2013 the winner of the award was Mitsuku, an 18-year-old chatbot (yep, that old!), built by Steve Worswick in his spare time. I am not sure how hard the judges try or even if the AI isn’t a diluted version of the one that got the award but even from my very short chat with Mitsuku I could tell she is not really up to the task of holding her side of conversation (see the chat log above).

The winner of the 2014 and 2015 editions seems to fare a bit better, at least imho. It was created by Bruce Wilcox and goes by the name Rose. With a good sense of humor and something of a personality you can deduct from her messages, it didn’t take me long to find the conversation breaking of. Rose hides this to some extent by switching skillfully the topic or by evading the answer, but soon enough you see she doesn’t get what you are saying.

What is their commercial or business use?

Thier intelligence and humanness notwithstanding, chatbots can have a huge impact and none of the major players can afford to neglect it. Why, would you ask? Because a lot of our searches and queries are simple enough to be taken up by a chatbot, while at the same time allowing for a far greater level of convenience than searching several queries.

Adam Cheyer - the person responsible for building Siri for Apple - thinks we need to "unleash the power of delegated thinking". According to a recent post in Business Insider, Cheyer explains why chatbots (his own creation, Viv, in the foreground of the explanation, of course) show signs of being the next big thing.

Imagine you need to pick up a bottle of wine that goes well with lasagna on the way to your brother's house. If you wanted to do that yourself, you'd need to determine which wine goes well with lasagna (search #1) then find a wine store that carries it (search #2) that is on the way to your brother's house (search #3). Once you have that figured out, you have to calculate what time you need to leave to stop at the wine store on the way (search #4) and still make it to his house on time.

The ultimate goal is, of course, the smart personal assistant. It is entirely possible that we are currently thinking too much in terms of apps, but even within the app paradigm one can readily see the advantages of a sort of a meta-app that links everything together in personalized way for specific user. Perhaps it is too early for speech-based personal assistants such as Siri, Alexa and Cortana. Why not shift back to text and create dumber (but more useful) chatbots that can help us be less busy. Perhaps we should focus are only proof of concept for - in 2016 the focus is shifting to text.

More and more companies are heavily investing or thinking about investing in chatbots. Don’t think only in terms of Siri, Cortana, Alexa or Google Now.

Think about a spectrum of chatbot intelligences: from weather chatbots that replace your weather app because now you can just ask and it will tell you the weather. Or, it could tell your personal assistant (such as Siri or Cortana), who would then inform you. 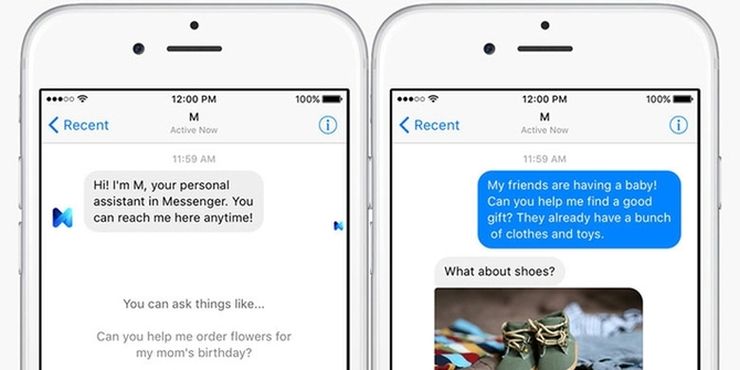 So far, Facebook and Amazon (with their very pragmatical Alexa) seem to have gained something like an advantage. Facebook makes no secret that they are betting on Messenger being able to coalesce into a (or the?) money-making conversation platform of the future. Should they manage to funnel ordering pizza or calling for an Uber ride or buying clothes online through Messenger, the ball will be in their court. 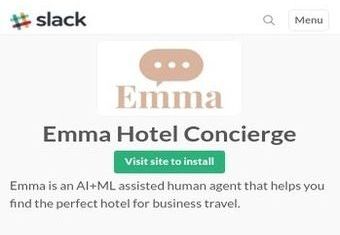 This doesn’t stop others from trying to carve a place for themselves. For instance, Slack has partnered up with Taco Bell to launch TacoBot - an AI designed to help customers order meals.

But Slack is already thinking in terms of ecosystems, releasing its team's ongoing projects that could further enhance its functionality and help developers form expectations and encourage users to comment and suggest additional features.

Kik has a range of bots that answer questions about the weather, offer make-up tips and guide humans around various websites. Moreover, where others focus on making the deluxe version of chatbots, Kik wants to lay a claim on a bot store; meaning, a place where you can buy a bot that suits your business needs, very much like App Store or Google Play, only for chatbots.

Kik's CEO Ted Livingston has even bigger plans - making bots usable in the offline world and not just in an app. How about going to your favourite restaurant scan a code and tell the restaurant bot to order the same thing as last time and charge it to the same card? 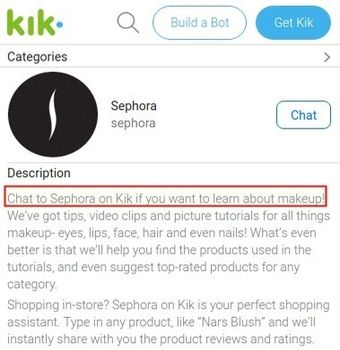 What do we make of it 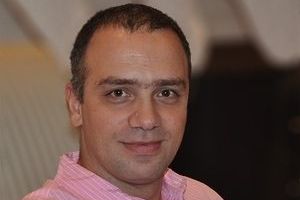 We all may have opinions about the future of chatbots but there is an appreciable difference between idle speculation and "putting the money where you mouth is". Which is the reason we asked Lorin Morar the CEO of Alphatech and keSolutions to comment on the recent resurgence of interest in chatbots.

Q: Is the recent interest in chatbots a passing trend?

A: Well, there is a reason why chatbots seem to resurface periodically: businesses sense that a sizable chunk of customer guidance and FAQ can be delegated to a chatbot. At the same time I have my reservations that we are ready yet for the wide adoption of chatbots. I think the chatbots are still trying to find the best way to fit in. So far the best business application I can see is to improve the initial contact with possible customers; which is along the lines of Facebook M.

Q: Are chatbots a direct threat to business apps? Would they become obsolete?

I can’t see long terms into the future. Short-term I wouldn’t be working so hard on apps is thought this was the case. Good apps still have an important role even if chatbots win in the end because chatbots still have to get their info from somewhere. So, they may end up being … sort of like news aggregators. Also, I rather see chatbots living inside apps and communicating from within the app. One possible future is that chatbots will turn up to be add-ons or extensions to a good app.

A: Is Alphatech and ke Solutions considering expanding to chatbots?

Q: Yes, we have chatbots on our roadmap. By the way, we’ve put them on our roadmap last year, way before media took on this topic. For instance, we have developed one of the most (if not the most!) sophisticated app tagging meta-feature on the market. We have eliminated a lot of useless scrolling and are able to equip businesses with an innovative tool that provides their customers with instant and relevant results. The next logical step is to add the chatbot interface to that. We will have to track for a while user behaviour first and then combine it with our tagging system. Even an idiotic chatbot will sound half intelligent with our tagging system, but then, we don’t actually plan on building idiotic systems. Fundamentally, we are treating our apps a modular systems and make it easy to plug in things like chatbots into them.