Strong language, isn’t it? What would make you, the reader, classify and app into this 'exclusive' category? For us, anything that is not bringing value to a customer is expensive by default. The Alphatech way is about utility and price transparency.

When Gizmodo published Maddie Stone’s post in March I read it and was i-mpressed; not by the pricing so much (anything above a few bucks seems like extortion when it comes to apps), but by the fact that a lot of these apps are essentially useless or at best decorative. Why would anyone pay money at all for them, even less those astronomical sums? 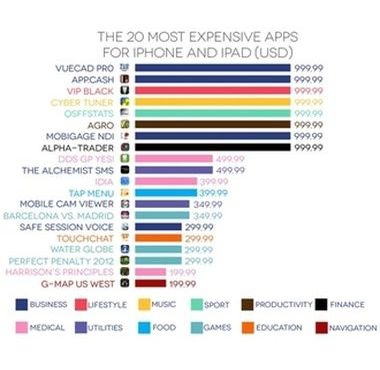 On the left you can see the chart that is actually the centerpiece of Maddie’s post.

Some of those expensive apps are actually top-performers: Harrison's Principles (a medical textbook), IDIA (a veterinary textbook). Instead of lugging those huge books around paying for an app you can reference at any time is probably a better deal.

It is other apps, such as Appcash, VIP Black or (my personal favourite) the Water Globe. For almost $300 you get to play with a screen toy replica of - what else? - water globes.

There are so many mysteries here, I don’t even know where to begin. Why would anyone go to such lengths to create something like this? The last time I had any pleasure of playing with a (real) water globe my age was in single digits; also, it didn’t provide entertainment for more than ten minutes at best. Of course, people are different and some may genuinely like snow globes. But nothing accounts for the far bigger mystery of how this app came up to have it’s price. 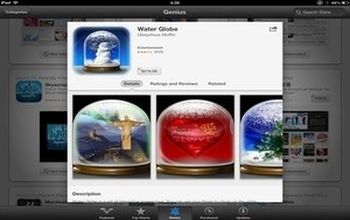 Android is no better than iOS: DigitalTrends decided to do their own piece on expensive apps drawn from the the Android universe. An iconic example is the I am Rich app - after all, it takes some doing to excite so many comments about its ridiculousness. Perhaps the only difference in the case of the Android version of the app lies in Google’s decision to impose a cap on how much an app can cost: $200 rather than $1000.

If you want an app that works and makes you money rather than siphon it away, might we suggest you take a hand in building it yourself? You don’t need to know programming; you just need to know what you want. Chooses the components you want and assemble your app on spot.