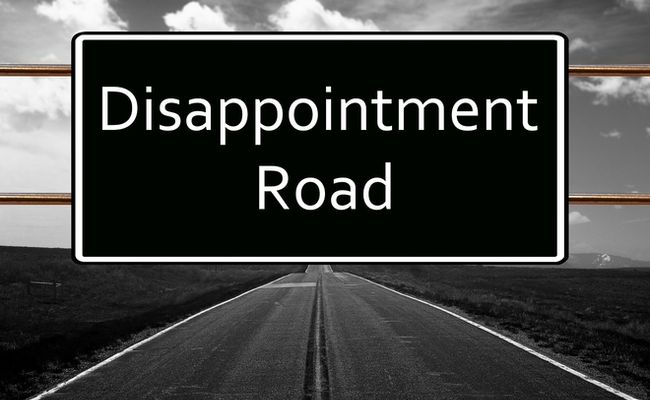 Have you ever heard of the “Cassandra Effect”? According to ancient Greek lore, Cassandra was prophetess that was able to foresee the future, but powerless to change it. It certainly must have felt like that for Microsoft: two decades ago Microsoft was anticipating - rather accurately, at that! - the then nascent mobile revolution and the changes it will entail. It didn’t do them much good in the end, as today Microsoft is anything but a leader in the mobile sector. The conclusion should be obvious for any business owner: there is a world of difference between knowing where the market is heading and being able to capitalize on it.

Microsoft announcement: softening the impact with a bland title

Above you can see a capture from Microsoft’s recent announcement that indirectly recognizes the failure of their acquisition of Nokia surprised very few people. Windows Phone market share is becoming vanishingly small and has all the hallmarks of a failure of epic proportions: at least 7+ billion dollars were sunk in this particular hole.

Following the announcement the number ot a lot of blogs and comments related to it literally mushroomed. From what we can see, there are two main directions the discussion is going: where Microsoft is heading within the mobile ecosystem? How this failure came to be?

The focus on the future: the implications for Microsoft

One possibility is to focus on the future - see this Forbes post by Charley Blaine as good example. Nadella’s decision to get rid of Nokia should be seen in the larger context of re-thinking their mobile strategy. Blaine rightly points out that:

"Perhaps the most interesting piece of Microsoft’s new mission and strategy is its insistence that it will be "customer obsessed". In the email to employees describing the mission statement, Nadella writes, "We will learn about our customers and their businesses with a beginner’s mind and then bring solutions that meet their needs".

The focus on the past: a good lesson for you

The other discussion is to try to understand the past and how the present came to be. Microsoft had everything going for them: money, resources, a fantastic market share. How did they fail so badly? 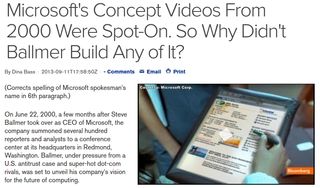 It is certainly a mistake to think of Microsoft as being future-blind. In 2013 Bloomberg got pensive when they sifted through a collection of Microsoft Corp.’s Forum videos from June 2000 (less than half a year after Steve Ballmer took the reins) and discovered that Microsoft was quite accurate in how the future tech would develop. "Microsoft's Concept Videos From 2000 Were Spot-On. So Why Didn't Ballmer Build Any of It?" - asked Dina Bass then.

Have a look the video embedded above to glimpse how Microsoft thought the future will look like; just ignore the details, and try to see "the forest". I doubt you will fail to agree with Dina Bass: Microsoft foresight was excellent. So where exactly did they fail?

Less than two months ago Ben Algaze posted on ExtremeTech.com an interesting article - "Microsoft saw the future, but missed creating it" - where he tries to unearth some of the reasons for this failure: trying to scale down an operating system designed for desktops, heavy reliance of handwiting when the technology was far from ready, a desktop first approach when getting mobile devices to sync, etc. Particularly worth mentioning is the part Algaze talks about the impact of Microsoft’s very successful business model on their decisions: 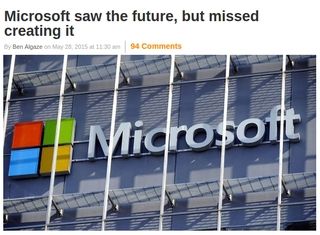 "Microsoft often looked at the worldwide market opportunity as "dollars per PC", and growing its share of that. In charging up to $25 per Windows Mobile license, it wanted to take that model to smartphones and other devices. The problem was, the margins in those devices didn’t really support that level of pricing. Android came in and upended that by being free to license, and by being more customizable than what Microsoft would allow with Windows Mobile".

The article is very well written and worth your time in more ways than one.

At Alphatech we don’t offer you just a new piece of technology (less new with increasing adoption) but a new business model as well. Not just apps for your SMB, but a new way of thinking about customers and revenues.